Book 2 of The Not So Reluctant Detective Series 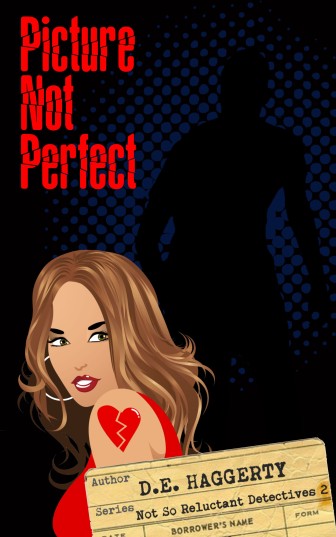 A picture tells a story. But is it the truth?

When the police find pictures of Melanie hanging up at her murdered colleague’s house, they’re convinced he was stalking her. Maybe she even killed him. Melanie was not being stalked! And she certainly didn’t kill her supposed stalker – as if. But Mel – always up for a bit of drama – jumps at the chance to go search for the real killer. When Mel’s ex-boyfriend, Owen, discovers her plans, he pulls out all the stops to ensure she’s safe and to win her back. No matter what happens with the murder investigation, he’s not letting her go. With the police setting their sights on Mel, he may need to jeopardize his own career on the police force to protect her.

Will Mel find the real killer before the detectives arrest her for murder?

~ What Readers Are Saying ~

“a great story that I couldn’t put down”

“absolutely recommend this to anyone who loves mysteries.”

It's Friday afternoon on a gray, windy day here in The Hague. It's a 6-day work week so no TGIF for me. Instead I'm dreaming of my short break in Miami and the yummy cocktails 😋 #winterdays #throwback #expatlife #expat
My thoughts on this week. W. T. F. Two days down. Three to go. Oh wait. No. Four to go. Six day work week. Last one 🤞🏻🤞🏻🤞🏻
This month's book club book was Nothing to Envy by @barbarademick I was prepared to hate it. Instead, I couldn't put it down. A lively discussion ensued. Highly recommend. #mondayblogs #bookreview #nonfiction #northkorea #readersofinstagram
Happy Valentine's Day to those who celebrate (the hubby thinks it's a made up holiday 😩) I can't send chocolate but I can give you a free book. Never Trust A Skinny Cupcake Baker is free all weekend. Link in bio. #freebooks #cozymystery #readersofinstagram #writersofinstagram #weekendreading #valentinesday2020
Bit windy at the beach. This was the moment before a wave splashed my pants and took my sandals out to sea. Sandals recovered. Pants soaked. Skin burned. Great day. #southbeachmiami #miami #vacation #beachlife
The Wynwood Walls were amazing. The entire neighboorhood in fact. Original. Innovative. Just plain talented. Worth a visit. Even if you show up two hours early and have to walk around a desolate area. #wynwoodwalls #graffitiart #miami #vacationvibes #weekendvibes #weekendgetaway
%d bloggers like this: