Book 4 of the Gray-Haired Knitting Detectives 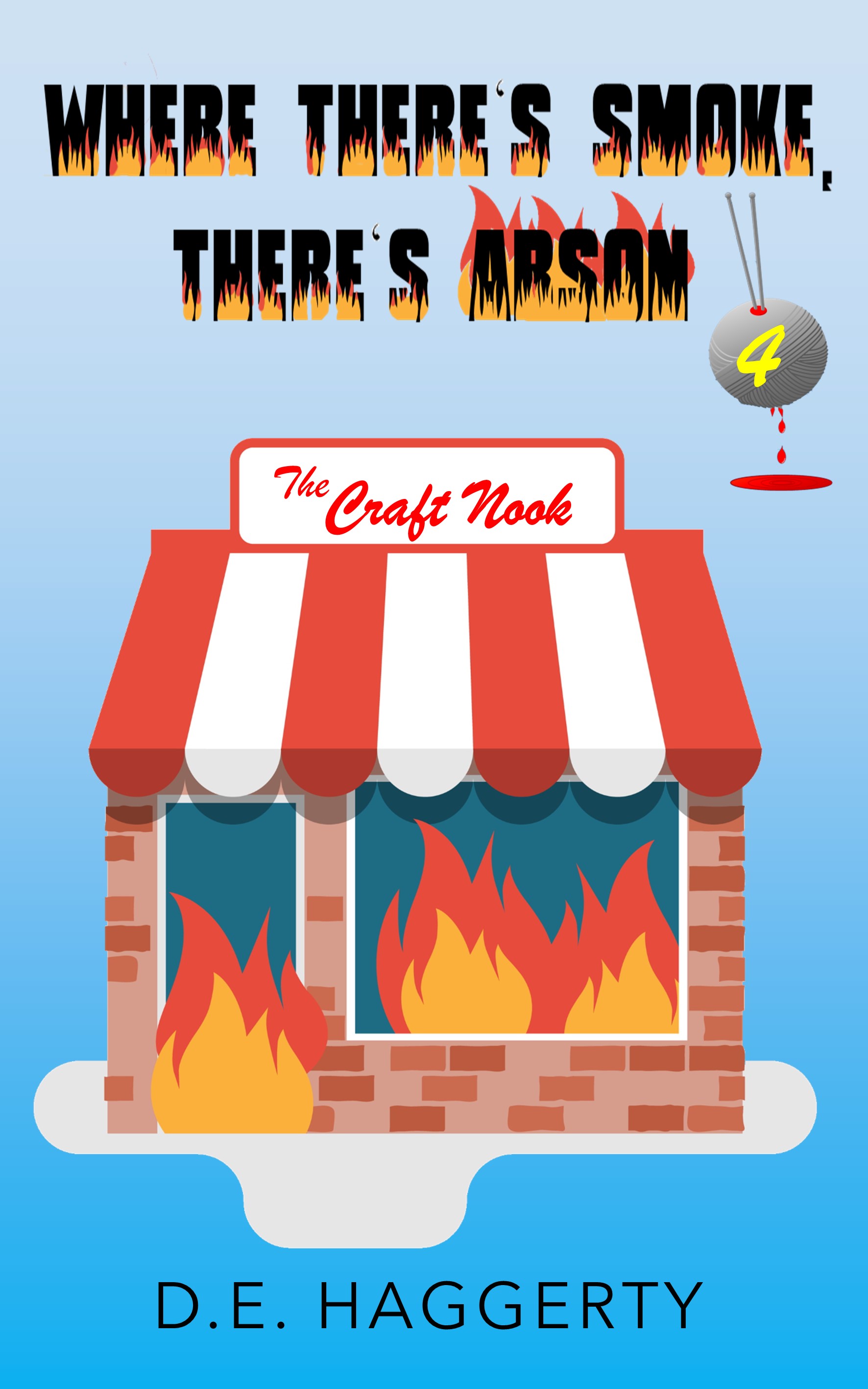 There’s no way that fire was an accident!

Oh boy, the gray-haired knitters are at it again. Of course, they are. It’s been way too long since they ‘solved’ a mystery. But the investigator determined the fire at the craft store was caused by an unattended lit cigarette. Arson isn’t even a remote possibility. Except the owner Bernadette didn’t smoke and now she’s dead.

When Bernadette’s granddaughter asks me to look into the matter, the knitters practically cheer. They are on the case!

But is there even a case? Or are we seeing murder and arson where there’s merely smoke?

*All books in the Gray-Haired Knitting Detectives series are standalones.*

~ What Readers Are Saying ~

“This is such a cute murder mystery! Short and full of laughs” ~ StarAngel’s Reviews

“a cute quick read . The knitting ladies are fun and the mystery keeps you interested throughout” ~ Goodreads Reviewer

“a wildly hilarious gun cozy mystery. Who knew that solving a crime was so much fun? I laughed out loud throughout the book. This is such a wonderful cozy with quirky characters. I loved this book” ~ Goodreads Reviewer

Today’s lockdown recipe is coconut curry chicken fingers with cashews. The coating didn’t turn out as we hoped but we are already discussing ways to improve tge recipe. #lockdownlife #saturday #foodie #foodiesofinstagram #cooking #cookingathome
writing a book about an American lawyer falling in love with a Dutch guy is bringing back TONS of memories.
Um.. WTH April? April showers are okay but they should be rain not freaking snow. I am not amused Mother Nature #aprilweather #snowinapril #weather
Um... who ordered the cold weather? Wednesday I played tennis is a skirt and tshirt. Today I was bundled up 🥶 I want spring weather back! *Stomps foot* #saturday #walking #weekend #coldweather
I needed a bit of cheering up this morning. The hubby came back from grocery shopping with these ❤️❤️❤️ Spring in Holland isn’t bad #spring #tulipsofinstagram #tulips
I think I’m in a dream. Best dream ever. Sun. 🌞 And warm weather. Rain? Not today 🥳 #springweather #sunshine
Loading Comments...
Comment
×
%d bloggers like this: